If you were gaming in Eighty Eight then you might have been lucky enough to pick the old school sword and sorcery sourcebook called Atlantis The Lost World From Bard Games. This book is a combination of both the original text of THE LEXICON (Atlas of the Lost World of Atlantis) and THE BESTIARY (the Atlantean creature compendium),according to Wayne's books Rpg Reference site.  The Lexicon created the setting material for the Atlantis line and
THE ARCANUM held the PC material. THE BESTIARY was the Atlantis Monster Manual and contained a wealth of monsters from myth, legend and some very original monsters. 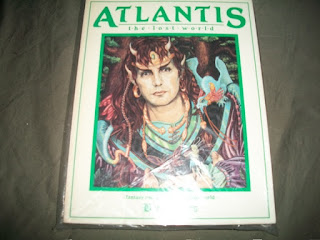 The Lexicon contained a wealth of information on the background and setting of the world of Atlantis including history, material, and a ton of background material most of this was generic enough to retrofit into your own AD&D style world but it could be applied to other games such as Tunnels and Trolls, Runequest or your own Rpg system.There was a semi definitive date ,history, and background for Atlantis.  Once again according to Wayne's;"In game terms, a Second Age campaign may begin anytime between the years 150-200 (by Atlantean Second Age reckoning); in modern day terms, this would equate to approximately 15,000 B.C." 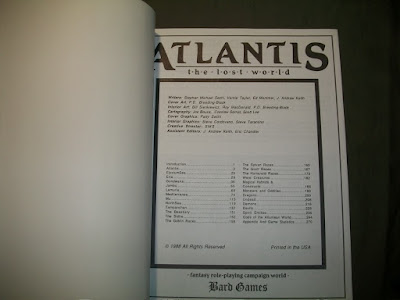 Today we're going to concentrate on the Lexicon aspect of the Atlantis: The Lost World Source Book. We get a nice solid overview of the places and settings of the various races that appeared in the THE ARCANUM. Everything here slots quite nicely into the background and setting of the Bard's Game in house world which has been polished out and expanded. Everything described is generic enough to fit any old school retroclone system. 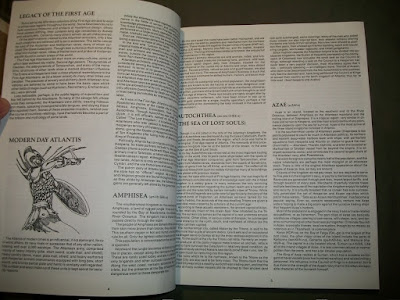 The artwork has improved, system and setting history has been scaled back and expanded in certain areas. Much of the material in Atlantis: The Lost World could easily fit your favorite rpg retroclone or AD&D style game with no issue at all. The book is very detailed and well written. The quality of the book is surprising for the era it came out of and much of the matrerial here would fit into a Lamentations pseudo historical world. Even better is the fact that the book's content could be used even with a Dark Albion game campaign. 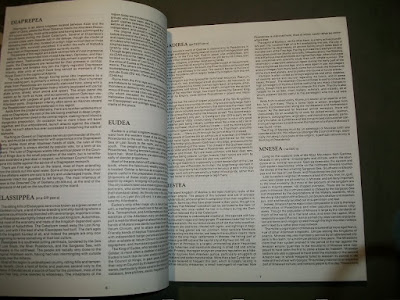 Places, governments, and even foreshadowing of Talislanta are all spelled out in this book and then expanded in certain areas of the book. The level of detail in some entries and places is a bit overwhelming but the book doesn't prattle on and instead outlines a number of optional places and peoples. There are sinister hints of things to come and are in the background waiting for adventurers to take full advantage. 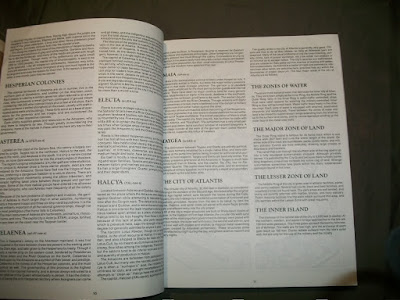 The cartography is exceptional and we get a full range of the city of Atlantis itself including neighborhood by neighbor write up through out this book. There is plenty of factions and city residents and more all waiting to cause a party trouble. 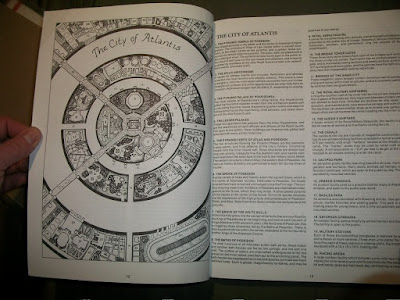 The book focuses on both a little and a lot all in one go and there's a sense of the mystical and Biblical throughout the book. As if we the audience are sitting through a lecture about the Second age from those who lived it. 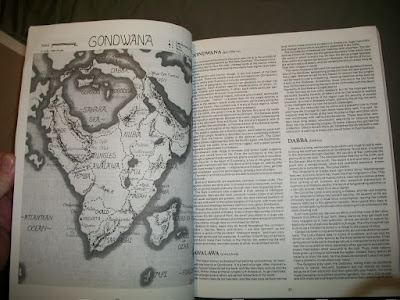 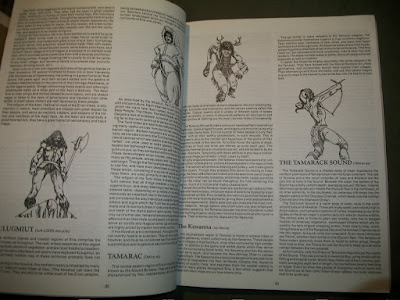 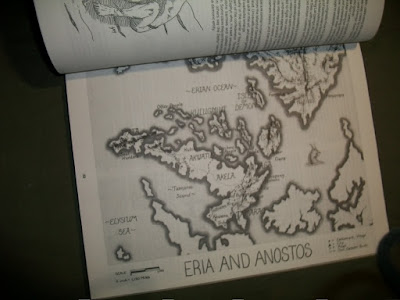 When you get right down too it, there are boat loads of maps, details, and more waiting for your DM to incorporate them into their own home grown campaign. This is one of the things that makes the sourcbook work as a whole that all of these pieces fit together as an uneasy puzzle. 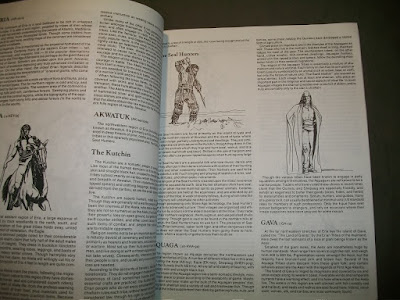 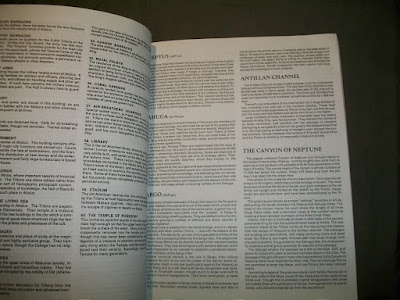 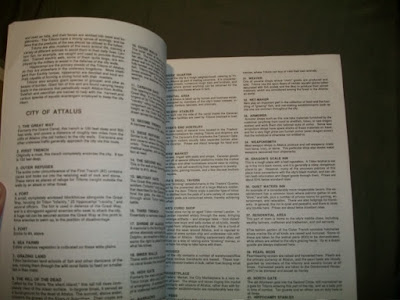