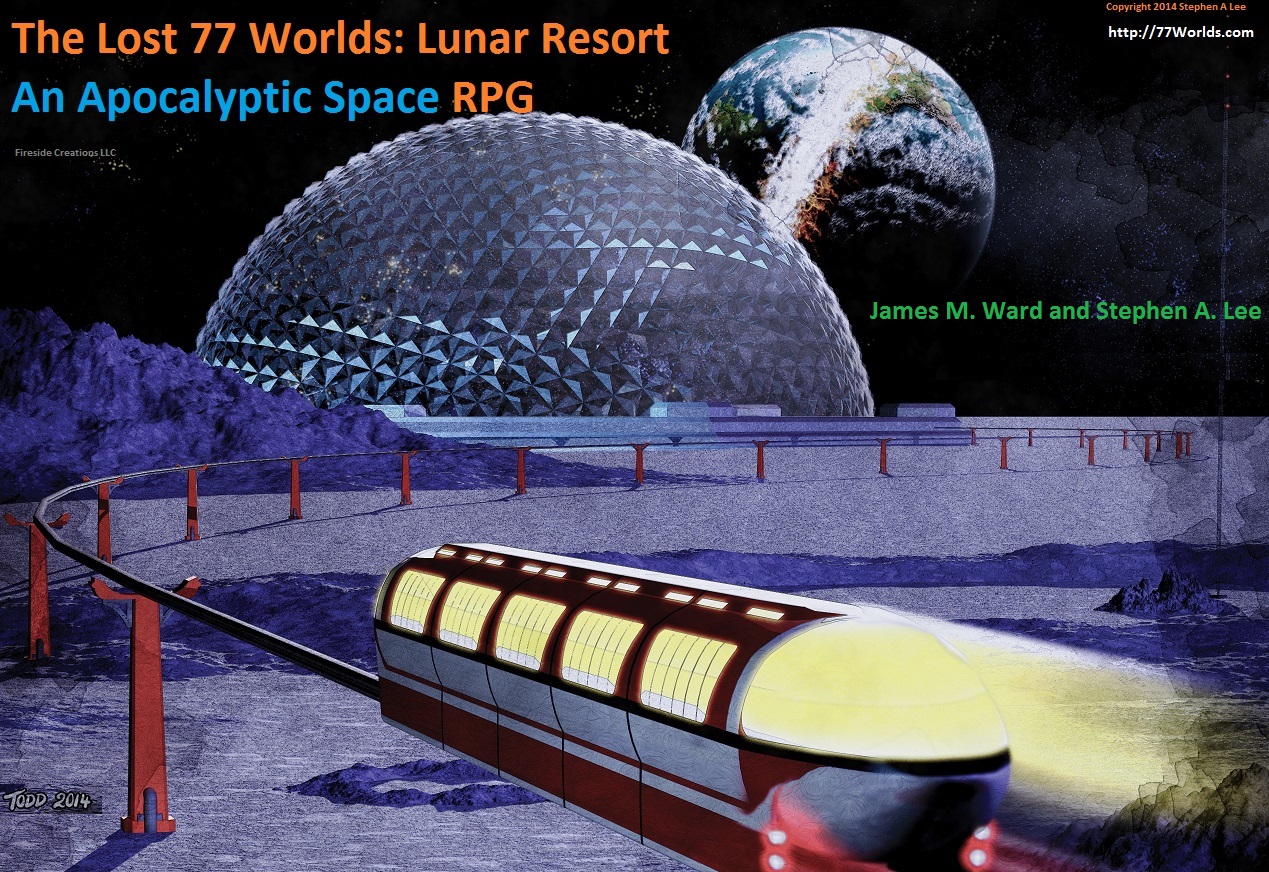 Get In On The Action
HERE

From what I've been able to gather over the last couple of days, James Ward of Metamorphis Alpha First Edition fame has been working with Fireside games on a whole range of rpg systems product.
Many of these will be covering the fantasy, science fantasy, and post post apocalyptic phases of their various campaign worlds and using a brand new character generation system that Fireside has developed.
Looking deeper into the ideas behind some of Fireside Games here we see a definite old school idea with some pretty interesting takes on PC generation using a card style system. And the familiar Wardian lunar location of a lunar city but it looks like this is a completely different Lunar setting then the one we were presented way back when in Gamma World from the pages of Dragon magazine.Very different folks, checkout this press release on the campaign setting material:


300 Years after the second apocalypse...

In the Egyptian Dome of the Lunar Resort....


You’ve just seen strange crystal ships in space battling silver ships your elders said were driven by the gods Ra and Ptah. You then look at the Earth and become sad once more. “How long as the Earth been like that.”
“Clerics of Thoth say Earth Prime has been in ruins for over three hundred years. Those same crystal ships came, sent by the evil ones to destroy all of mankind. The gods didn’t let that happen.”

From the Egyptian Dome, on the moon, young warriors noted the terrible band of volcanoes circling the center of the Earth. They wondered at the huge forests at the south pole of the Earth. The mountains at the north pole looked unearthly. The characters couldn’t help wondering what secrets were to be found there.

The Basic Set of Apocalyptic Space presents a series of adventures where the characters learn about the game system and how to play. Nothing is what it seems as new characters actually believe they are living along the Nile and the gods of the Egyptians are very real and talk to their worshipers from the temples in the City of Thebes.

Apocalyptic Space is designed for exploration by a group of characters who grow in experience and power as they accomplish quests. There are 77 different worlds to be explored and possibly saved as you must solve an age old mystery of why the aliens attacked and can they be stopped from attacking again. The Basic Set provides hours and hours of fun as the Game Master and the players learn what it’s like to explore apocalyptic space.


The initial basic rules are due to be released Fall 2014 at LGI Markets as well as the full basic set in print with maps, adventure module. Additional 77 Worlds products are slated for Fall 2014 thru 2015.