The Legend Of The Tlomitlanyál Queen - A Random Space Encounter

"Surly a spacer like you has no doubt heard of the The Tlomitlanyál Queen!"
No well then pull up that chair & I'll spin the yarn to ye.
I was just out of the academy about your age when was coming through the rings of Nebin Four & out of the corner of my eye I saw the flash of a gate opening. We were finishing up our tour & getting ready to put back in & there she was.
The Tlomitlanyál Queen comes right through the planar gate, drive on full, lit up as pretty as you please & from the com units we heard her.
The screams lad were something terrible & something I'll take to my grave.
She rode the star winds right past us & we saw them souls lad in the windows of their suites & such. They waved, cried, & prayed all at the same time & then in a flash of planar light she was gone!
We was goin' give chase but lad the drive went, the electrics fried, & we had the luck of the damned for three days after.
Fetch me my bottle lad they're a chill in the air" 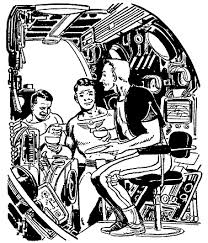 Ask any spacer worth his salt about  The Tlomitlanyál Queen & he'll make several passes to ward off bad luck. She was 250,000 tons loaded with the finest that the universe had & she was on her maiden voyage.
No one is quite sure what happened to her. Take your pick of rumors:
This much is certain those who have seen the ship have nothing but bad luck that happens there is a 40% if she's encountered that one of the following will happen! Roll 1d10 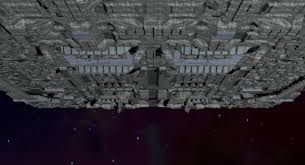 She was carrying very valuable cargo but as always the rumors vary from storyteller to storyteller which caused the ship to go missing in the first place!  Random Cargo roll 1d10 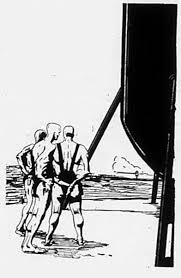 Those who do manage to board her find themselves against many different incidents  Roll 1d10
Posted by Needles at 6:29 PM