Some OSR Thoughts on The AD&D Rogues Gallery by Brian Blume, Dave Cook, Jean Wells For Your Old School Campaigns

" Hundreds of pre-rolled non-player characters of all classes and types, complete with alignments, sex, personalities and much more."

There are books that I used to pore over for hours on end & then there are Advanced Dungeons & Dragons books that have gained utility as I've grown with this hobby. One of these is the AD&D Rogues Gallery by Brian Blume, Dave Cook, Jean Wells."The Rogues Gallery was written by Brian Blume with Dave Cook and Jean Wells, with a cover by Erol Otus and interior illustrations by Jeff Dee and Otus, and was published by TSR in 1980 as a 48-page book.[1] TSR Stock # 9031. ISBN 0-935696-18-0." 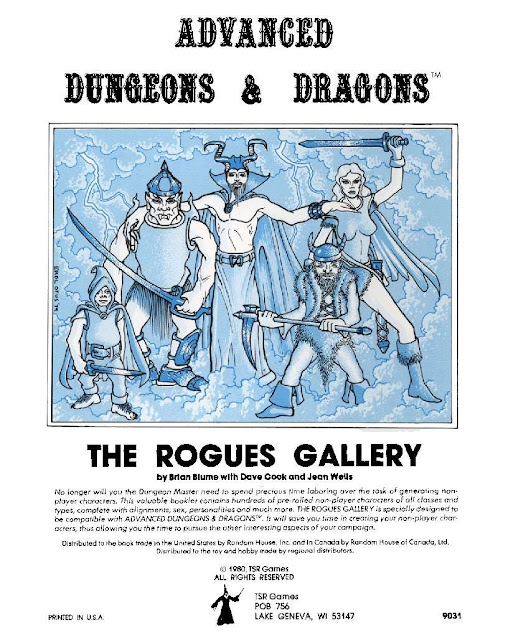 Its 2019 & I'm still using the Rogue's Gallery for everything from NPC stats to pouring over the bits of history about Gary Gygax's original player's in his home campaign's PC's. But according to the Drivethrurpg entry not all of the PC's stats are true; "  "The Rogues Gallery" includes characters run by Ernie Gygax, Gary Gygax, Tim Jiardini, and Rob Kuntz that originated in the Lake Geneva campaign — some in Rob Kuntz's world of Kalibruhn and some in Gary Gygax's world of Greyhawk. This provides some of the earliest insight into the world of Greyhawk. These characters include Bigby, Mordenkainen, Riggby, Robilar, and Tenser, who would become increasingly important to the Greyhawk setting over the years — though Bigby, Mordenkainen, and Riggby were all Gary Gygax characters that he originally ran in Kalibruhn.

These NPCs also give some insight into how characters were run in the early D&D game. The most shocking revelation is how many of them were evil, including Ernie Gygax's Erac's Cousin, Lawrence Schick's Lanolin, Al Hammack's Lassiviren the Dark, and Rob Kuntz's Robilar.
Though almost all of the characters were human, a few were instead rather unusual races. Jeff Leason's Phoebus was a lizard man, while David Cook's Talbot was a centaur — both as the results of reincarnation. The dearth of dwarves, elves, and halflings among the characters is another reflection of early play styles.
Of course, these character write-ups aren't entirely trustworthy. Gary Gygax later said that at least his character stats were "quite fallacious" because he wasn't willing to give information on characters that he was still playing to Brian Blume. It's one last insight into how different things were in those early days of roleplaying, when characters might actually be secret."  Why would there be a veil of secrey around Gary & company's character stats? Well it not unlike today the many of the gamers in inner workings of TSR didn't entirely trust the competition. These folks were & to a certain extent still are risk takers & many times there were games in play that were used for upcoming projects & convention events. 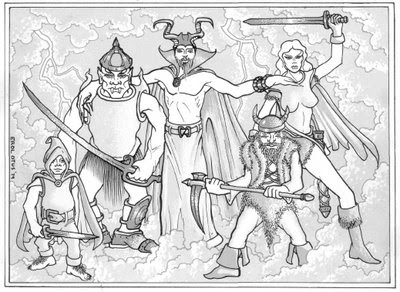 But what's actually in the  AD&D Rogues Gallery? Well here's a fast break down from the wiki entry; "The Rogues Gallery was a supplement listing hundreds of pre-generated non-player characters for use by the Dungeon Master, including characters from all the standard first edition AD&D character classes, plus other characters such as sages, caravans, and city guards.[1] The book also includes statistics for characters from Gary Gygax's original D&D campaign." If you need NPC stats fast to populate a ruin,town, high way, or just a quick encounter the this is the book for you. And this wasn't the only book of NPC's to hit the shelves; "This was the first of several books of NPCs for D&D. Basic D&D would publish their own, AC1: "The Shady Dragon Inn" (1983), a few years later. Much later, TSR would publish a Rogues' Gallery (1992) for AD&D 2e."  One thing about the AD&D Rogue's Gallery is the fact that there is wealth of humancentric NPC types making the book great for Sword & Sorcery games. The AD&D Rogue's Gallery has become iconic to early Dungeons & Dragons even making it into the first season of Stranger Things. But why was the AD&D Rogue's Gallery so iconic? Even at the time of its release there were other NPC books even from Judge's Guild. 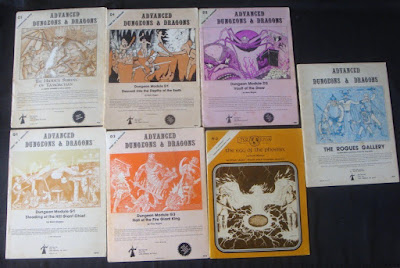 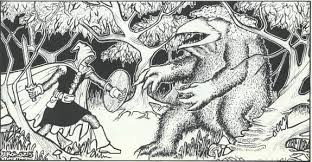 The Advanced Dungeons & Dragons Rogue's gallery even fills out some of the details on four of the more deadly AD&D psionic using monsters; "  four psionic- or magic-using monsters: the couatl, ki-rin, lich, and shedu." This was in the days before the internet or easy access to the AD&D rule books or Monster Manual. 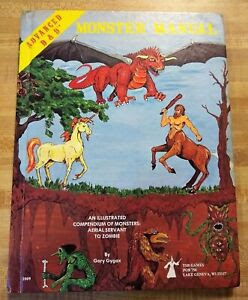 Is this book still useful today to the OSR dungeon master? In a word? Yes it is because it can enable a DM to populate a city, town, or any encounter with an NPC into a memorable experience. You get the bare bones NPC's  but these are actually usable bare bones NPC's. There's also the fact that you've got actual usable rival NPC adventurer party stat ready to go on the fly. This fact makes the AD&D Rogue's Gallery serviceable for BECMI Dungeons & Dragons. 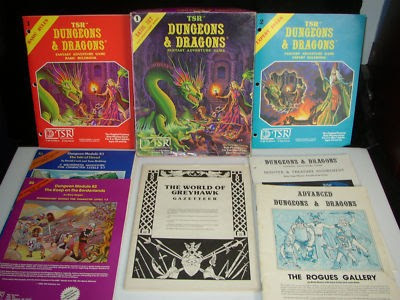 Many of the NPC's within this book have appeared in numerous games & adventures of mine. The Advanced Dungeons & Dragons Rogue's Gallery is a classic for a reason & that reason is utility. No only can this book provide hours of fun reading but it can be used to harry,harass, & goat along other player's PC's.  Many of the same guidelines &  techniques that we see employed in this book for NPC's we would see used again for other OSR products a great example of this is within the Stars Without Number rpg by Kevin Crawford.
Products such as the Advanced Dungeons & Dragons Rogue's Gallery are classics for a reason & this one is no exception.
The AD&D Rogue's Gallery is available right here.
Posted by Needles at 11:13 PM