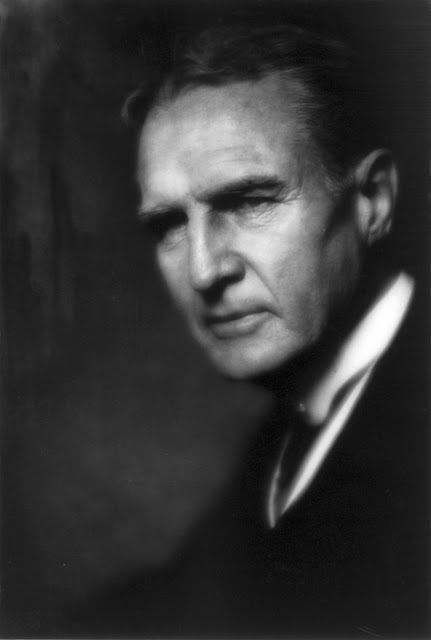 In the year 1870 a distinguished looking adventurer saved the life of a twenty something young actor in New Orleans. The face of the older adventurer looked eerily familiar to the young actor William Hooker Gillette.  The young actor had in fact been saved by an older version himself from a falling piece of stage work dropped by an agent of darkness. Gillette Castle or The Seventh Sister has played a part in many of my rpg campaigns going back over thirty years.Every aspect of its construction was over seen by William Hooker Gillette  ;
"Gillette Castle  straddles the towns of East Haddam and Lyme, Connecticut in the United States, sitting high above the Connecticut River. The castle was originally a private residence commissioned and designed by William Gillette, an American actor who is most famous for his portrayal of Sherlock Holmes on stage. Gillette lived at this estate from 1919–1937." 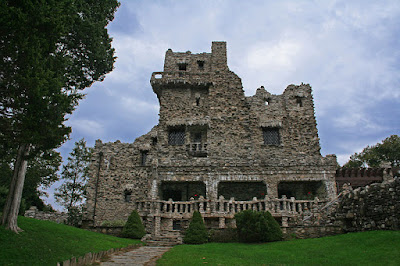 The Seventh Sister has been my go too adventure location & gathering place for adventurers & heroes across four campaigns;


"William Gillette's "castle", called Seventh Sister and renamed "Gillette Castle" by Connecticut State in 1943,[6][7] was built between 1914 and 1919 with an addition completed in 1924[8] on a 184-acre (74 ha) tract at the top of the southernmost of a chain of hills known as the Seven Sisters. Gillette died having no children, and his will precluded the possession of his home by any "blithering sap-head who has no conception of where he is or with what surrounded". The State of Connecticut took over the property in 1943, renaming it Gillette Castle State Park. It was added to the National Register of Historic Places in 1986.[9][10]
Gillette originally planned to build his retirement home on Long Island until he discovered the cliffs of the Seven Sisters while traversing the Connecticut River in his houseboat, "Aunt Polly".[3][4][6][11]
Gillette designed the home and personally overlooked every phase of the construction.[7] Construction was performed by the Porteus-Walker Company, a leading contracting and wood-working firm based in Hartford, Connecticut founded by Gillette's childhood friend, Robert Porteus.[10] It has been described as being designed in a medieval gothic, or an "American fairy tale mixed with European flair"[2] style, or as "a weird blending of Victorian and Arts and Crafts".[3] In the past, it had even been described as "Gillette's Folly".[4]
The 3-story-plus-tower,[10] 24-room, 14,000 sq ft home was built of wood, cement, and local Connecticut field stone, supported by a steel framework.[2][7][12][13] The exterior of the home is covered in field stone.[10] Woodwork within the home is hand-hewn southern white oak.[7][6] In some places, beams were set directly into the stones, anchored only by cement.[13] The walls, in particular, were constructed similarly to a stage set, lacking two-by-four studs and mortar in critical places.[13] It has been noted it was "a wonder the building didn't collapse" before the castle's multimillion-dollar restoration.[13] Insulation included seaweed and paper.[3] It took 20 workers from 1914–1919 (5 years) to complete the construction[4][7] totaling a cost of over $1 million at the time."

There are incredible trick & puzzle doors in the castle that captured my imagination when I
was a kid visiting the castle on field trips in second grade & middle school.
The trick doorways & doors of the castle open across the planes to different times & places.
Gillette used the castle to take care of key points in his own life & send adventurers on to
places where & when their needed. William Hooker Gillette portrayal of Sherlock Holmes was so real because
the real Holmes was a real life friend of his or at least in this alternative campaign world he was. 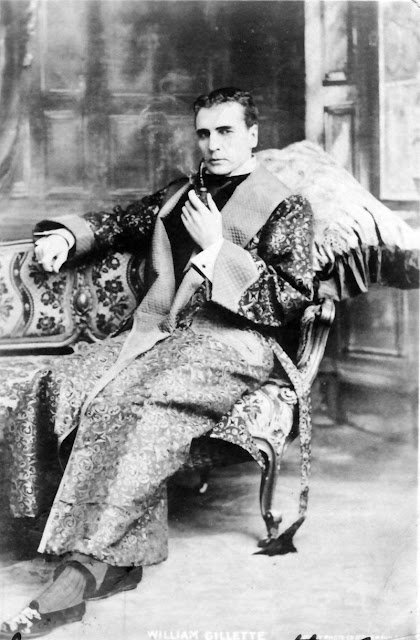 But William Hooker Gillette is a mortal main whose matched wits with inhuman creatures on occasion. And he knows this but his construction of the castle has given him an edge in both time & space. He still has the span of a normal man but he can mark time & space easily occasionally this slips out;""It just seems, somehow, that every five years finds me back again, so you can expect me back at it again once more in 1941. Probably in 1976, when they are celebrating the two-hundredth anniversary of the beginning of the Declaration of Independence, or what ever it is, 40 years from now, I'll still be farewelling. I should apologize for being here, but I am a man among Yankees, and they take promises with a grain of salt – in fact they usually take them home and pickle them in brine, so they probably knew I'd be back. Besides I have several good excuses – but they really don't count. And besides – and you men who follow horse racing will know what I mean – I'm not running against anyone, they're merely letting me trot around the track."

In his younger years Gillette tangled with several of the Rumps of Tegel Manor fame  with Sherlock Holmes but this is blog entry for another time. 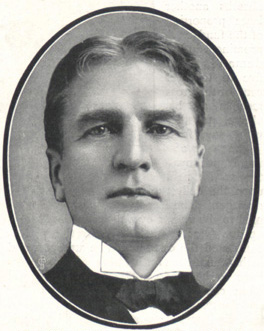 This brings me to using TSR's Ravenloft second edition's RR1 Dark Lords by William W. Connors, Andria Hayday, James Lowder, & Bruce Nesmith. I specifically sought this book out because of its portrayal of 'The Headless Horseman'. I know another New England connection, right?! 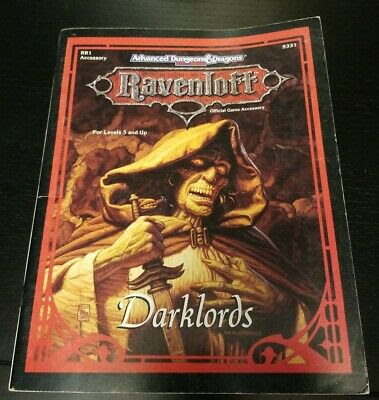 The Rumps of Tegel Manor are each dark lords similar to Ravenloft's & in fact very similar to James Ward's Tainted Land At a certain key point in his life this alternative Earth version of William Hooker Gillette crossed paths with several dark lords including the Headless Horseman & it convinced him to take the next step into the life of adventure.
The Seven Sister has been the head quarters for various adventurers & parties in my campaigns for years. These have included super heroes, adventurers, & even a post apocalyptic group of mutants guided by the ghost of Gillette.
I'm thinking that perhaps its time 'The Seventh Sister' makes its rightful place again among my campaign. William Gillette's 'Agents of the Darkest Night' have their work cut out for them!
Posted by Needles at 10:26 AM