So back in the halcyon days of Eighty Five the specter of White Dwarf magazine in my area was rare except that my uncle had a subscription. So we got to experience a slightly more European take on Dungeons & Dragons. Today I'm reaching through my collection of White Dwarf magazines for the Best of White Dwarf scenarios volume III. There are reasons for this that we'll be getting into today. 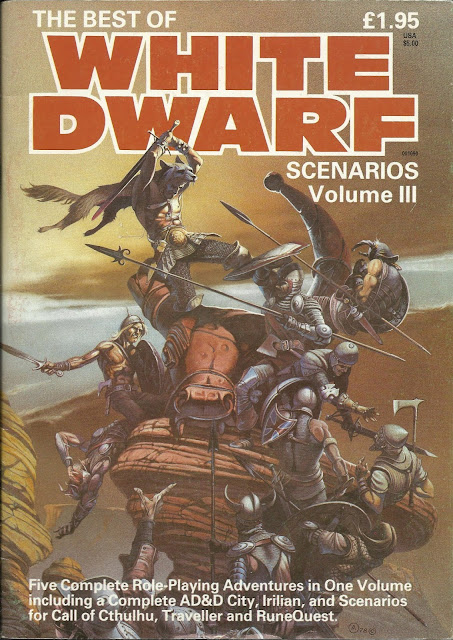 So one of the struggles that many dungeon masters have is that with the proliferation of the OSR many older gaming & campaign resources are coming back around. Campaigns & book resources that were available in the Seventies, Eighties, & even the Nineties are becoming fairly well known in the small knit community of gamers. Hobbyist on the other hand especially dungeon masters are used to this often keeping some resources on the back burner. Now I can already hear the other side of the OSR makers, authors, & producers howling for my blood because I haven't mentioned that there are lots of great OSR products in the market place. That's not the point here. I'm looking for something not wholly in the main stream of player's consciousness these days. That's where a stroll through the stacks reveals  The Best of White Dwarf Magazine Scenarios, Vol. III Single Issue Magazine – 1985

I'm expanding upon my Astonishing Swordsmen & Sorcerers of Hyperborea campaign & I need some adventure resources.The Best of White Dwarf scenarios volume III has some excellent stuff in it to drag & drop right into a campaign; "Watchers of Walberswick (Call of Cthulhu); Eagle Hunt (AD&D); Irilian, a complete AD&D city (Parts 1-6, 30+ pages); Rumble at the Tin Inn (Runequest); Snowbird Mystery (Traveller).

1985 ... 58 pages"
I'm specially interested in Eagle Hunt, Rumble At The Tin Inn, & especially Irilian, a complete AD&D city (Parts 1-6, 30+ pages). Irilian is a perfect fantasy city to drag & drop right into Astonishing Swordsmen & Sorcerers of Hyperborea. All of the NPC's you could want, businesses fleshed out, & some built in & ready to go adventure hooks. With the down & dirty nature of Irilian its a perfect launch point to dive into AS&SH's Rats in The Walls starting adventure. 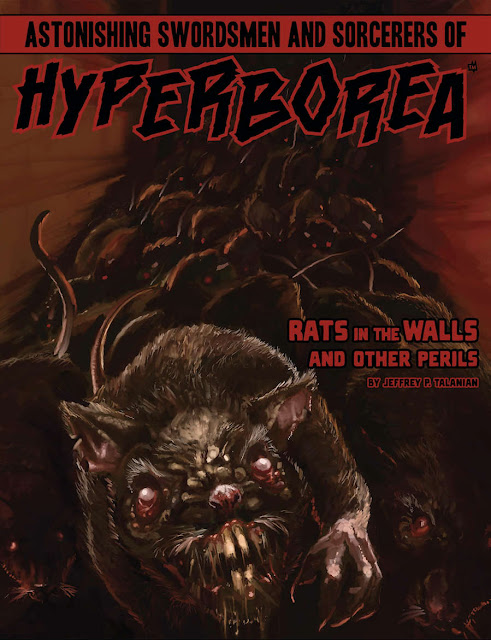 Rumble At The Tin Inn with a bit of conversion work on the DM's part could be used as bridge gap into taking the PC's down a darker path after Rats. The Eagle's Nest is one of those scenarios that needs a bit of tweaking to fit the Lovecraftian mind set of AS&SH. But it could work very well. There are a number of NPC's that might need a bit of expansion the DM's part but over all Irilian would fit the bill nicely for Hyperborea. Its dark, gritty, funny, & very twisted in the usual early Games Workshop way. 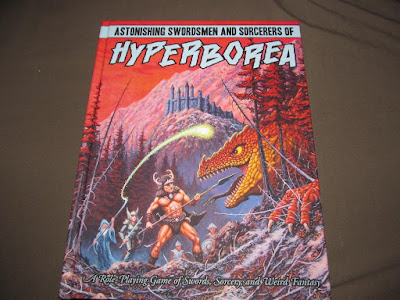 What the dungeon master is really looking at here is the opportunity to take & really expand out their own Hyperborean Keltic counties. Irilian has a 'lived in' & moved on sort of vibe to its location & over all culture. The PC's could & should make the location a head quarter when adventuring into the lands around it. Overall The Best of White Dwarf Magazine Scenarios, Vol. III Single Issue Magazine – 1985
has some excellent resources in it. If your lucky enough too have this gem in your collection then I think it has a ton of resources to offer the Advanced Dungeons & Dragons or OSR dungeon master.
Posted by Needles at 9:34 AM