"Trapped in the mysterious Castle Amber. you find yourselves cut off from the world you know. The castle is fraught with peril. Members of the strange Amber family, some insane, some merely deadly, lurk around every corner. Somewhere in the castle is the key to your escape, but can you survive long enough to find it?" 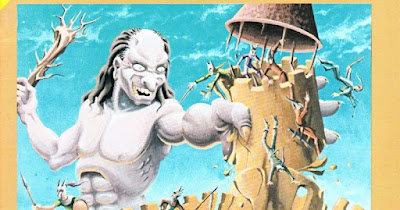 The Lion & Dragon Rpg system has been one that's been on my mind for a couple of months now along with its setting Dark Albion & Cults of Chaos.
So talking with one of my players has been interesting as we've been discussing the ins & outs of his character's social status. Social status during times of war can & did fluctuate with the fortunes of royal patrons & families. 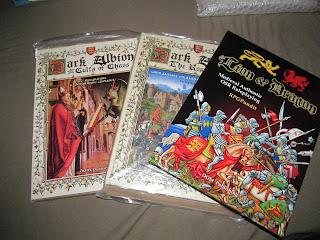 This is especially true around the Amber family of X2 Castle Amber by Tom Moldvay, the Clark Ashton Smith's Averoigne adventure can be a bit problematic in Dark Albion's setting. Castle Amber (or Château d'Amberville) is exactly the sort of place that the Frogmen wizards of Paris would wipe off the face of the map. Or is it?
So the players solve the inner plots, mysteries, & adventure points of Castle Amber (or Château d'Amberville) & then the entirety of the Averoigne region is destroyed? Not a chance & there's one very good reason Stephen Amber whom is the family's patron. But he's not the only wizard in the family. Thumbing through X2 I noticed a number of little details that link not only the adventure but the family d'Amberville to a number of France's historical points of reference.  The d'Amberville family could become powerful patrons in France's resistance to the Frogmen forces. There are deep reasons why this would be the case; "
In ancient times, Averoigne was settled by the fictional Gallic tribe called the Averones. They established a number of settlements in the region, many of which were fortified when the Roman Empire absorbed the region. When Christianity spread through the Empire, many churches and monasteries were established among the ruins of Druidic temples. Greatest among these was a great cathedral constructed in Vyones, completed in 1138."

Averoigne is located in the southern half of France and its involvement during the Hundreds Years War foreshadows the events of the coming of the Frog cults.
"Ever since the Norman conquest of 1066, the King of England held lands in France, which made him a vassal of the King of France. Tensions over the status of the English monarch's French fiefs led to conflicts between the crowns of France and England, and the extent of these lands varied throughout the medieval period. The French kings had endeavored, over the centuries, to reduce these possessions, to the effect that only Gascony was left to the English. The confiscation or threat of confiscating this duchy had been part of French policy to check the growth of English power, particularly whenever the English were at war with the Kingdom of Scotland, an ally of France." 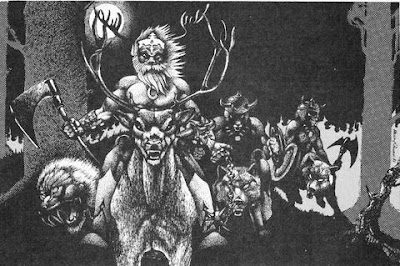 So throughout Averoigne England's role in the Hundred Years War is not only remembered but the sting still echoes throughout the region. Tom Moldvay knew the CAS Averoigne cycle stories well and so bits of this politic leak into the module of X2.
The frog wizards fear the region of Averoigne because of its ties to Chaos. They know some of the cults & history of it but fear curses and its hidden powers. This also has to do with the sting of the Hundred Years War's expense & hidden costs as well as the occult powers behind some of the motives behind it. "For about nine years (1328–1337), the English had accepted the Valois succession to the French throne, but several disagreements between both monarchs prompted Philip VI to confiscate Edward III's lands in France, which in turn convinced Edward III to reassert his claim to the French throne. Several overwhelming English victories in the war—especially at Crécy, Poitiers, and Agincourt—raised the prospects of an ultimate English triumph, and convinced the English to continue pouring money and manpower into the war over many decades."


Bandits & worse swirl at the outer edges of France during the War of the Roses this state is also found in ruins of the stronghold of Ylourgne. This ruin is an  abandoned abode of evil robber barons, where the horrid affairs of the "The Colossus of Ylourgne", by Clark Ashton Smith (Weird Tales, Popular Fiction Publishing Co., June 1934). 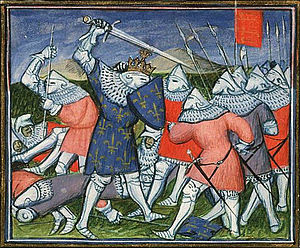 So why are the frog wizard kings staying away from Averoigne? Because of the influence of Stephen Amber himself. His family's dominance & patronage of the cathedral along with the town that surrounds it hints at the level of prowess associated with the family.
"The northern half of the territory is dominated by the walled city of Vyones, site of an impressive cathedral."
Even though he's supposedly at rest Stephen Amber conforms to many of the occult abilities of a lich even in death.
Where is the information coming from about all of the movements & inner workings on the court of the English? The very queen of England Margaret of Anjou was a born spy mistress and hybrid of the frog wizard's bloodline but she's even more then they reckon.
"Margaret of Anjou (French: Marguerite; 23 March 1430 – 25 August 1482) was the Queen of England by marriage to King Henry VI from 1445 to 1461 and again from 1470 to 1471." Margaret of Anjou is a highly placed operative whose been two steps past her own masters through her patron in the form of St.Stephen the Rock. She's been the toad god Tsathoggua's operative whom the frog kings think is their hidden queen.In fact she's been getting intelligence not only from her own spy network but through her own court wizards through the machinations of Blackmoor's St. Stephen the Rock. 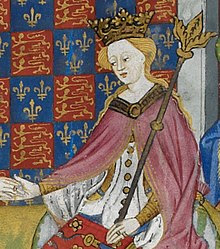 So why would St.Stephen the Rock be interested in Albion? The expansion of his own Chaos based cult of the Toad god right in the heart of another plane. He can't proved weapons, monsters, etc. but he can provide intelligence on the Queen's hated enemies. Shakespeare portrays Margaret as an intelligent, ruthless woman who easily dominates her husband and fiercely vies for power with her enemies. Among those enemies are the Amber family whose resistance to her own dark masters give her pause. 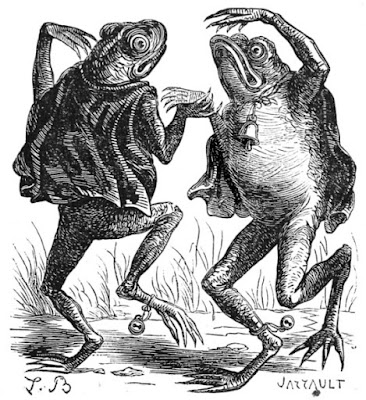 "Mother of Toads" (originally published version), by Clark Ashton Smith (Weird Tales, Popular Fiction Publishing Co., July 1938) gives an intimate portrait of the inner workings of the sort of chaos witch whose on the payroll of Tsathoggua. The Gallic tribe called the Averones are the last heritages of a far older order going back to the time of the Roman Empire which absorbed the region. "The Enchantress of Sylaire", by Clark Ashton Smith (Weird Tales, Weird Tales, July 1941) goes into some details of this.

Why is Tsathoggua playing with his agents in this manner? Because it suits the iconic sense of humor of the Great Old One. X2 Castle Amber presents several adventure elements that can deeply connect Albion & Blackmoor without breaking a sweat as the factions of chaos play war with one another with the PC's stuck in the middle.

By the time we reach the era of the 1800's the corridors of Castle Amber has a perminant gateway to the far future world of Clark Ashton Smith's Zothique;
"Clark Ashton Smith himself described the Zothique cycle in a letter to L. Sprague de Camp, dated November 3, 1953:


The world of Zothique is a refugee for the family Amber & its interests. Many groups from the Victorian era  the period of Queen Victoria's reign, from 20 June 1837 until her death on 22 January 1901 also take advantage of the planar waves. 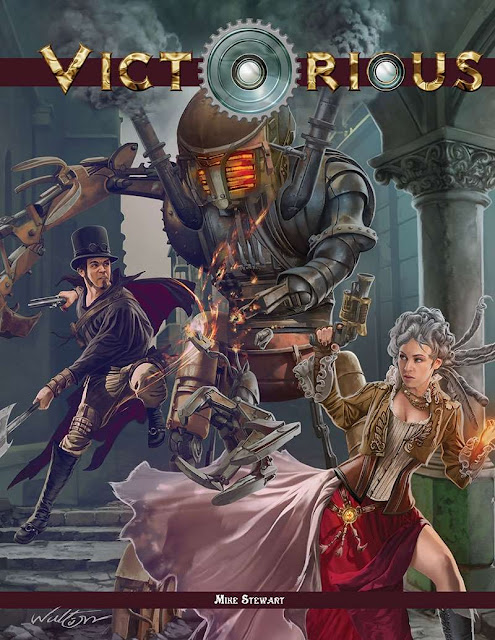 Mike Stewart's Victorious rpg is perfectly aligned with the various dark cults of the Elves & the Old Ones who are taking full advantage of this era's occult planetary alignments. These alignments take full sacrifices to gain gateways into other times & places such as Blackmoor, Mystara, & even Greyhawk..
Posted by Needles at 7:53 AM