What hast thou seen, O wind,
Of beauty or of terror,
Surpassing, denied to us,
That with precipitate wings,
Mad and ecstatical,
Thou spurnest the hollows and trees
That offer thee refuge of peace,
And findest within the sky
No safety nor respite
From the memory of thy vision?
The Mad Wind  (1912)
by Clark Ashton Smith 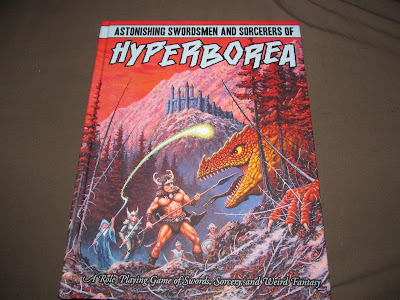 Welcome to 2018 and more quality on Swords & Stitchery folks! So all day yesterday I was mediating on the beserkers player character class in Astonishing Swordsmen & Sorcerers of Hyperborea second edition.
For most classic D&D players & dungeon masters might be thinking, 'Well we've seen beserkers before as player characters in classic Dungeons & Dragons & Advanced Dungeons & Dragons first edition. What could possibly be different?! They're just the Vikining warriors of historical myth & pop culture legend. Meh.'
Everything is different for the warrior beserkers of AS&SH. 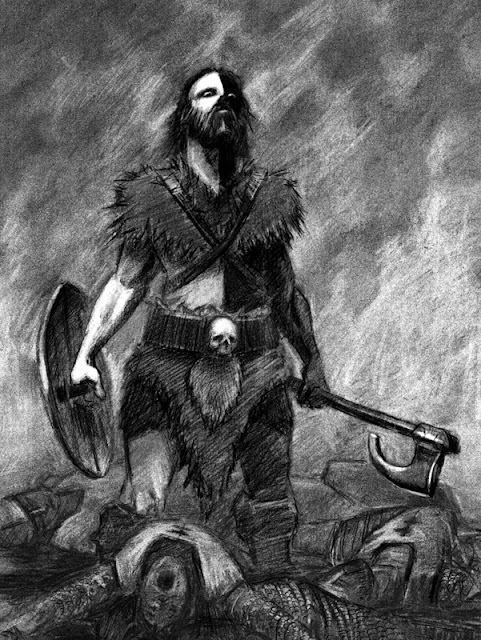 So why is everything different for the beserkers of Astonishing Swordsmen & Sorcerers of Hyperborea second edition? Because the Ragnarök events have already happened by the time the Green Death flew over Hyperborea & spread its plague trails of supernatural death. This comes straight from the Poetic Edda poem Völuspá;
"In the Poetic Edda poem Völuspá, references to Ragnarök begin from stanza 40 until 58, with the rest of the poem describing the aftermath. In the poem, a völva (a female seer) recites information to Odin. In stanza 41, the völva says:
The völva then describes three roosters crowing: In stanza 42, the jötunn herdsman Eggthér sits on a mound and cheerfully plays his harp while the crimson rooster Fjalar (Old Norse "hider, deceiver"[10]) crows in the forest Gálgviðr. The golden rooster Gullinkambi crows to the Æsir in Valhalla, and the third, unnamed soot-red rooster crows in the halls of the underworld location of Hel in stanza 43."

So the twilight of the Norse gods & the events of the Ragnarök are tied into the future history of the formation of Hyperborea. The beserkers are holy warriors of the Norse gods  able to alter their forms to certain degree during the heat of battle. The beserkers as royal warriors  were used historically again and again by various kings, chieftains, & too a certain degree by the gods themselves. They're ideally suited to the temperament of Hyperborea a world of months of eternal Winter & casual violence. The events of  the Ragnarök left them without the wisdom of  Odin, the war guidance of Thor, & the steady hand of the  god Freyr  on a strange & alien world not of their people's making. Still they carry on traditions thousands of years old in a far future under a bloated Sun. 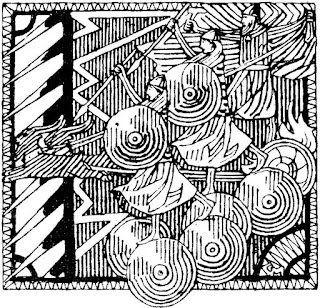 The beserkers still had their sacred rituals & rites to allow their children to assume mantles of bear warrior, Úlfhéðnar – Wolf Warriors & Svinfylking – Boar Warriors but it was in service of old surviving gods such as Ullr & more alien gods such as Ymir. The path of the beserker is one of blood, violence, conquest, & adventure if a party of adventurers will have one of these warriors among them. The mark of the beserk appears early on certain groups of warriors & they have to taken by the cults early to tame the savagery of them often on raids & battles lasting years. This sort of turns the implication of the beserker warrior on its ear from AS&SH. 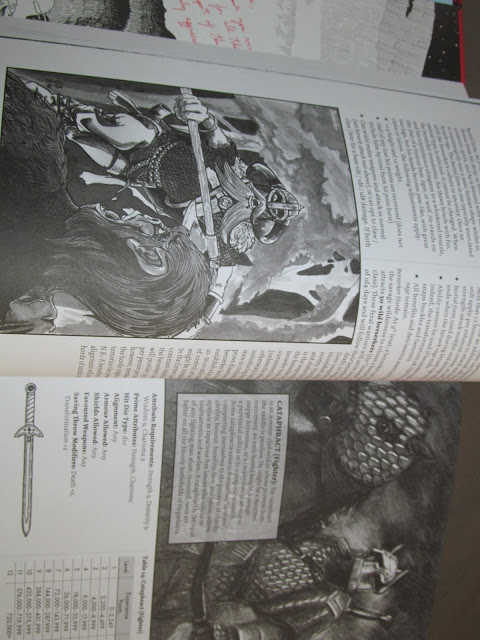 Ullr is the god of beserkers now & he's a demanding god whose survival of the events of the Ragnarök changed him into a new cunning  & far more violent god. He's had to watch all of the gods that he cared for & love die whist the eternal cycle of middle Earth was broken. He's raising a new army of beserkers because he's gained the second sight to see what's coming for his various people's tribes. Ullr is a god of chaos with a mission & its one that he's preparing as the kings of old did.
In hidden grottoes & sacred groves he whispers to his wizards,  shamans, priests, & druids as well as many others. While on the winds his words reach his raiders but others also hear his words such as the Amazons but that's another blog entry. 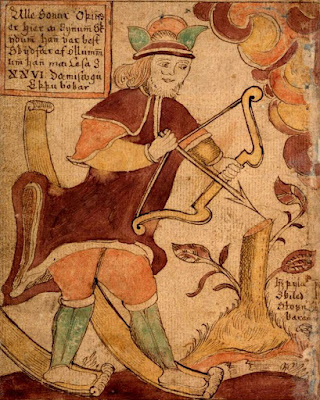 As the step son of Thor & son of the goddess Sif he had deep ties to Odin. These include the power to rule in his stead.
"In Saxo Grammaticus' 12th century work Gesta Danorum, where gods appear euhemerized, Ollerus is described as a cunning wizard with magical means of transportation:
When Odin was exiled, Ollerus was chosen to take his place. Ollerus ruled under the name Odin for ten years until the true Odin was called back."

Ullr has always been a great wizard as well as warrior with deep ties to the various lycanthropic cults scattered across Hyperborea. The god is assembling his chess pieces & has a deep connection to Ymir's forces as well. He's scatters his beserkers far & wide gathering various bits & pieces of information as they adventure. The chaos & violence they bring disrupts a few scattered battles here & there on Hyperborea. But the war is still coming & Ullr wonders if he'll have enough time.
For my own 'Old Earth' campaign 'the wandering beserker' is a walking enigma, a being seemingly out of time but moving from battle to battle as a sacred chess piece as the hour of the Great Old One's return happens. 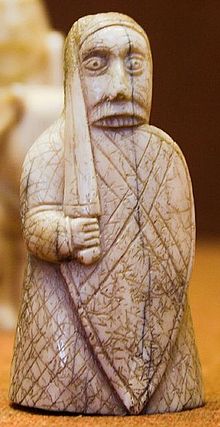 For many parties of adventurers in AS&SH the beserker is a 'loose cannon' be be exploited on their foes. But for many tribes of Vikings & their kings these sacred & royal warriors are keys to their people's very survival. The beserkers adventure because they must for its a part of who they are & marks their skien in the schemes of all things.