Reworking The Trilloch For The Adventurer, Conqueror, King Role Playing System For Your Old School Campaigns 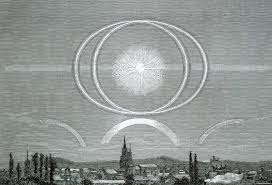 They are the bane of kings, rulers, & royal blood lines. These monsters come from another universe where the notion of flesh is an alien concept entirely but they are attracted to the soul of rulers & trappings of power. Legend says that they were first summoned by a courtly magus centuries ago to augment the life span of some long lost ruler but something went terribly wrong. Indeed they did something to lengthen the life span of a ruler but it was a bargain that nameless royal lived to regret. The Lugllandrormau is a monster that comes from the Negative Plane Prime & follows the bloodlines of royals as it gets passed on through the blood. The soul beast makes the same bargain with each new member of a family its passed to, 'I will use my powers to extend your life but in return you must feed me.' The Lugllandrormau is a  creature of pure negative energy that sustains itself on the lifeforce of dying creatures, using its powers to decelerate the dying process. But its victims find their pain & suffering is amplified by an order of a hundred at times of crisis causing those afflicted with this spiritual curse to be at a -2 for all rolls. Yet those who are inhabited by the alien presence there is an aura of authority & ruler ship about them; those who carry a Lugllandrormau gain +1 to Charisma & +2 to wisdom. The monster subconsciously passes many of its detailed knowledge of state craft, politic, a wealth of military tactics, & experience on to its host through dreams. Those who are able to see such things will see a golden or a blue aura around those who are inhabited by the Lugllandrormau. 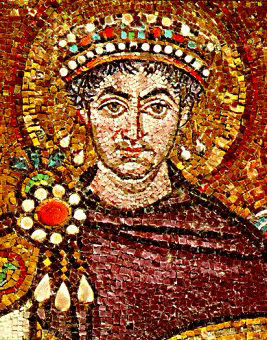 Those who dally with the Lugllandrormau can expect to live Constitution X 20 years of unnatural life as the monster looks after its host. These monsters have a love of warfare & conflict often landing its master into the thick of wars & battle situations via strange dreamlike advise. Are these monsters the powers behind the throne being carried from father to son, and mother to daughter down through the corridors of time? We certainly think so.
It isn't until after the death of its host that the true danger of one of these monsters is revealed. The Lugllandrormau takes on its true form & comes to use the corpse of its former host as both a home or lair. It enters & exits its host through the mouth or eye socket. Only a ritual banishment from a high level cleric has any chance of ridding a host of these cursed monsters. A limited wish will destroy these alien horrors with little effort but the aquiring of such a rare spell or ritual would be an adventure unto itself.

Lugllandrormau
% In Lair : 40%
Dungeon Encounter : Den 2d4
Wilderness Encounter:-
Alignment: Chaotic
Movement:60'(20')
Armor Class:3
Hit Dice:6+2
Attack:2(bite,gaze)
Damage:1d10/petrify
Save:F6
Morale:+1
Treasure Type:M
XP:970
These creatures love suffering have a dangerous attack that resembles the bite of certain ancient antediluvian alien energy life forms. These creatures attack with a strange bite like touch attack that causes victim's flesh to calcify in large areas of ragged chunks. The tissue from such an attack calcifies & has jagged edged bite like marks around it. The monster feeds from both the suffering of its victim & the vital fluids of the tissues. Another attack that this has is a gaze like energy projection that causes a petrifying gaze attack, and requires its victims to make a saving throw vs Petrification or slowly be turned to a quartz like substance as the monster feeds on their soul, tissues, & vital fluids. Not only does its treasure consist of the royals on which it feed in life but any adventurers treasures who seek to rob or plunder the royal's treasure after death.
These monsters often seek to attract other monsters to their charges in an effort to seek to pass on their weird bargains of longevity & suffering. There are rumors among certain esoteric orders of mages & sorcerers of variations of these monsters that can animate nearby dead into skeletons or zombies within twenty feet of their lairs. These monsters can only animate 1d6 undead at a time. But such rumors are only myth and legend.

So this is my reworking of the classic Trilloch from the Fiend Folio for Advanced Dungeons & Dragons 1st edition. This is a monster for a stand alone for an upcoming mini con adventure encounter focus on the alien nature of such a monster praying on those who are the focus for domain level play. 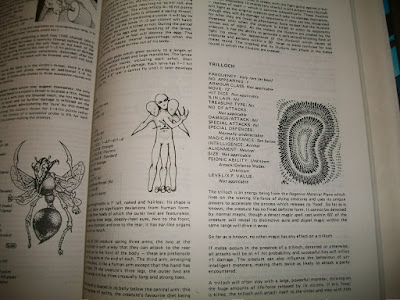