I stopped in to see some old friends yesterday to take break from the storm of weirdness that the 2016 Election has been. I dropped right into the middle of another old gamer controversy! 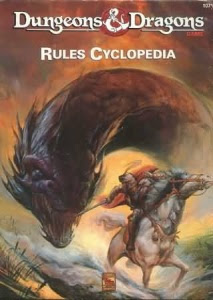 This has been a time of turmoil and grief with the age old arugments rearing their heads. The conversion from D&D Cylopedia rules over to Advanced Dungeons & Dragons! The great controversy of the D&D Rules Cyclopedia by by Aaron Allston and published by TSR, Inc  way back in 1991 when I first acquired this tome I was sneered at by the AD&D first and second edition crowd. Also some folks at TSR thought that this book was the worst thing to come out. Why?! Because it gives you everything you need in one package to play black box D&D up through thirty sixth level.
Now why did the AD&D crowd have a problem with it? Because the charters were 'basic' and the book was meant for 'experienced' D&D dungeon masters."However, the book's introduction on page 5 states that it is "intended to be a reference volume for those who already play the D&D game ... this book is aimed at the experienced user ... [it] lacks many of the examples and patient explanation you'll find in the D&D box sets"."
Everyone knew that you switched over to Advanced Dungeons & Dragons. Well some of us didn't give a crap and freely switched back and forth using AD&D 1st edition regardless. The real problem were the guidelines from the Rules cyclopedia they suck. Seriously they're a bit of a convoluted mess and hard to deal with. 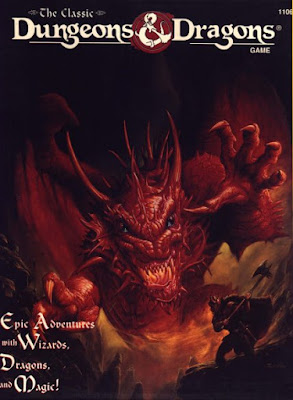 Now fortunately the Vaults of Pandius website have a set of conversions for the D&D Rules Cyclopedia that make sense. These can take a PC over black box to AD&D with little issue.
Yesterday I literally saw this issue cause a small dust up between friends. Sigh. There has always been revisionism between D&D players and DM's. There's nothing new about it but fortunately there have always been cooler heads at the table. 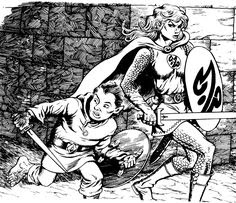 Ian R Malcomson 's rules conversions are by no means complete because they can't cover every twist and turn of the process. But they do give a great base line to deal with most of the major conversion issues. There has always been a stick with one or the other D&D system attitude that many groups that I've played with and DM have simply ignored. In the end its going to be your players and your decision as a dungeon master as to what system to play. But in the meantime here's a solid set of conversion rules.

GRAB THE CONVERSION
GUIDE LINES HERE
Posted by Needles at 8:57 AM